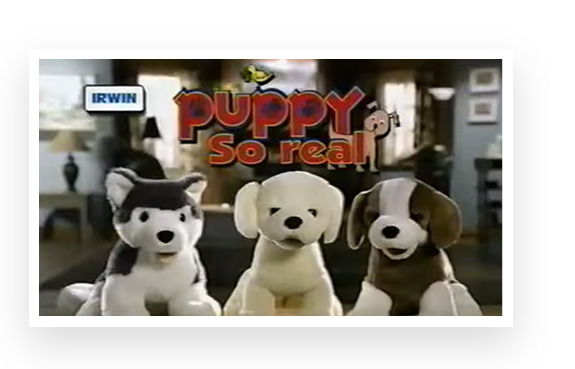 The Bend Sensor® was launched in 1998 in several lines of interactive plush toys. The Bull Frogg™ by Ohio Art, Puppy So Real from Irwin Toys, and Bash N' Brawlers from Toy Biz all incorporated Bend Sensor® as a nervous system capable of generating a variety of responses to varying degrees of pressure or bending. These toys hit the market in time for Christmas 1998 and were well received.

In 1998, Flexpoint produced over 7,000,000 Bend Sensors® for incorporation into several lines of interactive plush toys.

New applications in the toy and games industries have been researched since and now include Virtual Reality (VR) games, including extensive adoption by glove-based (wearable) game manufacturers.